01 Ago THE POWER OF MEMORY through the INDUSTRIAL ARCHEOLOGY 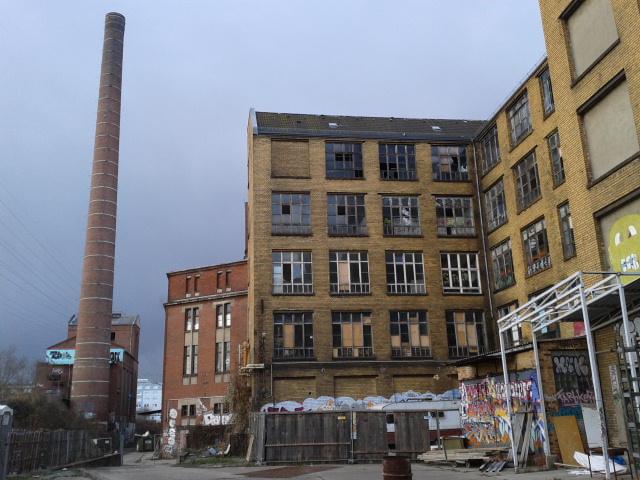 The sites have memory. They remember everything. The memory is etched in stone. It is deeper than the deepest waters. It is like the sand of the dunes, which is constantly changing.  Wim Wenders

This time I have the pleasure to welcome an interesting article and discussion by Zuleika Munizza, responsible of Berlino Explorer, about Industrial Archeology.

It’s an argument that touches me personally because from the photographic and architectural standpoint is often a source of inspiration for my work. Just because these places transmit texture and surface memories of people who have lived. Zuleika said: “What is industrial archeology and because in Germany there is great attention and interest in dell’Industriekultur, literally Corporate Culture?”

The industrial archeology was born as a branch of classical archeology at the time of termination of the phase of the industrialization process in Europe, explores and examines all the evidence related to this process since its origins, which are identified at the end of ‘700 , before the industrial revolution.

As discipline of study, I.A. born in the first half of the fifties in England, for deepening the knowledge of the history of past and present production, taking into analyzing the archaeological traces generated in the places, where these processes beginning from the second half of the eighteenth century, phase just before the Industrial Revolution, to the present day.

Certainly a different way of reading the city and its changes, it’s performing paths of industrial archeology, to get to explore interesting areas which survive in old factories; then last time the city is reclaiming these places, to promote activities permanent or temporary, cultural and not.

The Industrial Archeology, as well as architecture, are a perfect way to read the hidden traces of history.

Berlin is full of wonderful architectural industrial volumes, but despite their productive function often become reason for specialized architects to represent, through the majesty of the design and the attention to detail, the importance of the historical moment. These fascinating structures, are now like giants who wake up in the middle of a city and are changing dramatically the urbanistic situation, especially in Berlin, as well as in all cities with a significant past production, then you can see contemporary skyline near these volumes of the past.

In Germany the Gründerzeit, the stage of economic development of the nineteenth century (the second industrial revolution) corresponds to that historical period in Central Europe, during which the bourgeoisie acquires the role of cultural guide, assigning new tasks to aesthetics, especially in the field of architecture and all manual arts, which leads to the development of an eclectic art forms already existing.

In Berlin, in the heart of the city, the production leaves in the urban structure the signs of the passage of a flourishing economy that, for historical reasons well known to us (for example World Wars) stopped abruptly. The activities take up again after the official division of the country and the process reconverts; in different cities of the German Democratic Republic, as in Leipzig for example, after the reconstruction of the early post-war years, we can see the rebirth and revival its productive capacity.

Process in East Berlin will be slower than in other parts of East Germany; the reconstruction of the city, burned to the ground for almost 85% of its totality, is the obvious priority, rebuild homes and fabric of the city, are the starting points for the revival.

The pride of the industrial productivity during the Democratic Republic is Leipzig, with the fall of the Berlin Wall and the collapse of utopia community, then collapses beneath the weight of almost total disposal of its factories, now mostly abandoned.